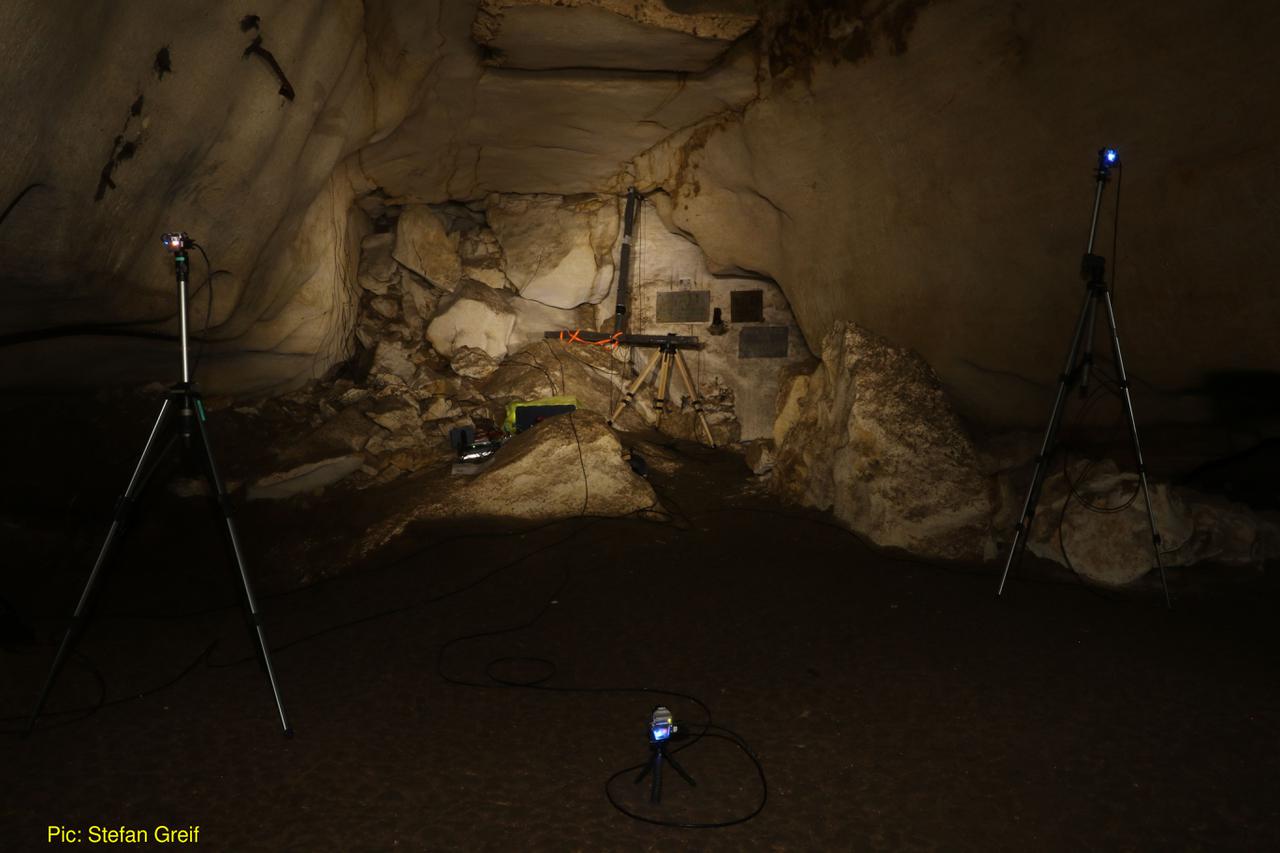 Left: The Uschichka setup with three cameras (small blue lights), a large array and many smaller microphones (not visible). Right: The bats flying around in the cave!

As part of my PhD looking at how bats manage to echolocate in groups, I collected a multichannel audio-video dataset consisting of between 12-22 microphones and three thermal cameras. I call this combined recording system 'Ushichka' (Ушичка) (OO-shi-ch-kaa), the Bulgarian dimunitive for something with multiple ears. The Ushichka system was built with Holger R Goerlitz to record bat groups as they echolocate in their natural habitat. The dataset can provide direct glimpses into how bats change their flight and echolocation behaviours as the group size around them increases.

Why is it interesting?

I've been working on how bats manage to echolocate in groups over the course of my PhD, and have a series of predictions outlined in this paper. The computational model was built to simulate the acoustical and sensory phenomena bats may be experiencing while echolocating in groups, and was parametrised with experimentally observed values typical of an 'average' bat. The idea would be to parametrise this computational model for the behaviour of the study species in the recordings (Myotis myotis) and run new predictions to see whether the observed changes they show actually lead to decreased masking in the group. The simulations in the paper above were 'static' simulations with no dynamic nature. Real bats of course sense their world dynamically and alter/update their sensorimotor decisions according to the inputs they receive.

This is only a teaser of the whole dataset and the things that could be done with it. It may already be too much information. I'd love to talk with you about potential ways to take the analysis of this dataset forward as a postdoc!

Of course, even though I said that 'I' collected the dataset, the data collection was only truly possible thanks to a whole group of people backing it at every point along the way. Aditya Krishna and Neetash Mysuru helped with data collection in the caves, Antoniya Hubancheva for sparking the whole idea of doing the field work at the Siemers field station itself, and the rest of the Tabachka crew for the awesome times. Благодаря, danke schon, tak, and thanks to all of you (named, and not named) in this section. 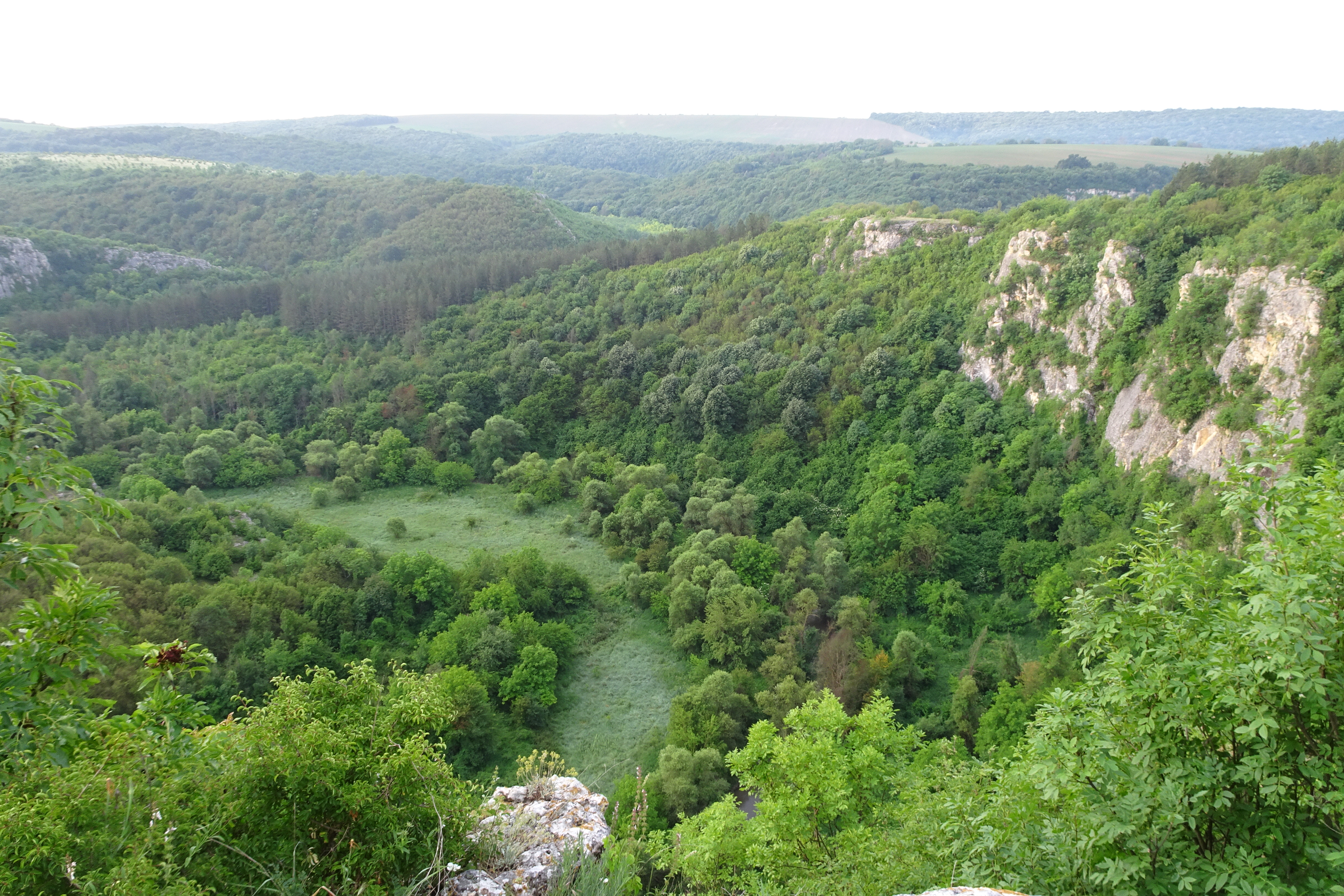 The valley below the Tabachka field station!